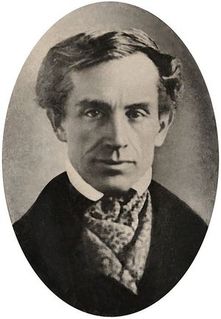 Contrary to popular belief, Samuel Morse did not invent the telegraph, but he made key improvements to its design, and his work to deploy it would transform communications worldwide.

Samuel Morse was born in Charlestown, Massachusetts in 1791.  Morse was first known as a renowned portrait painter and professor at New York University.  But the world would remember him for his scientific work on a new technology of the nineteenth century, The Telegraph.  Morse came rather late to the development of telegraphy, although he had always expressed an interest in the science of electricity.

First invented in 1774, the telegraph was a bulky and impractical machine that was designed to transmit over twenty-six electrical wires. Morse reduced that unwieldy bundle of wires into a single one.  Along with the single-wire telegraph, Morse developed his “Morse Code”.  That now familiar code employed a short signal (the dot) and a long one (the dash) in combinations to spell out messages.   Assisting him in the development of the new telegraph apparatus and "code" were two men, Leonard Gale who is said to have helped with the development of the "Morse Code" and Alfred Vail who was most likely a financial contributor to building the first telegraph line.  It is Morse however, who is credited with the early success of the telegraph and "Morse Code" as a means of communication.
After many difficult years of lobbying, and struggling financially, Morse secured funding from Congress to build wires across the United States, and received a patent for his invention in 1844.

On May 24, 1844, the first telegraph message, "What hath God wrought?" was sent by the system's inventor, Samuel Morse, who had perfected the system of dots and dashes that became known as “Morse Code”.

The telegraph completely revolutionized American communications. Messages could be sent almost instantly, and newspapers, businesspeople, and even ordinary citizens embraced it. The telegraph played a key role in the Civil War as well -- for the first time, distantly located officers and even President Lincoln could receive timely reports from the battlefield.  Following the routes of the quickly spreading railroad lines, telegraph wires were strung across the nation and eventually, across the Atlantic Ocean.  The Railroads used the telegraph to coordinate train schedules and for safety signaling.

Telegraph wires provided a nearly instant means of communication between communities for the first time.  Newspapers such as the Associated Press soon used the new “telegraph” to provide news to people across the nation and eventually around the world.

Morse died in 1872, having advanced a practical technology that truly transformed the world.